"In Northern Spain the autonomous community of Galicia provides some of the most striking landscapes in Spain. From the beautiful mountains and lush forests inland to the unique series of bay-like inlets around the coast (known colloquially as 'rías'). These rías provide the surfers in Galicia with amazing conditions no matter the direction of the wind or the swell.

Galicians know what makes their home so special, we wanted to share that with the rest of the world."

The man behind this video is Alex D. Levin.

Alex is a filmmaker and photographer living in New York and traveling everywhere. We wanted to know more about him, his relationship with Galicia, his creative process and how he understands surf culture. 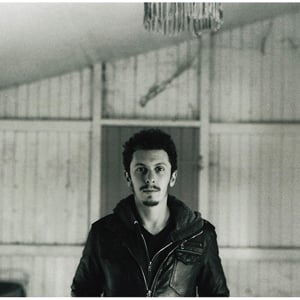 And this is what we got:

- We'd like to know your relation with Galicia, because as you know, it is not a very well-known place, even for Spaniards.

My relationship with Galicia comes through a good friend, the star of the video, Adrian. He and I met when I was studying in Southern Spain - Granada -  in college. We were both on a program together from the United States, he was living in Delaware in the US at the time (his family is half Spanish - Galician - and half American). We became good friends and in the months after our study abroad program ended I went with him to visit his family in Ferrol. I was only there for a few days but it really captivated me. He took me around to see all of the amazing cliffs and beaches, the lighthouses and remains of buildings from the war. The landscape and climate reminded me of Northern California, a place that I've always loved, and so I immediately felt drawn to it. We shot this video about five years later, which was the first time I'd returned to Spain since college.

- How has Galicia inspired you? Was there anything unique that you have not seen in any of your travels?

I find Galicia inspiring mostly in its natural beauty and rich history. I generally find myself most profoundly influenced by natural beauty whether that be the mountains, or ocean, or anything in between. I think Galicia, at least the parts I've seen, really fulfills that need in my life for beauty in nature. I live my life in New York City, where I'm mostly surrounded by buildings and people and I'm rushing around most of the time to get things done. Being in Galicia allowed me to step away from that, embrace and capture the beauty of the landscape, and take the time to create something that brings that beauty to people who probably haven't seen it before. I also just love walking around and going from town to town and feeling the sense of history. Something that originally captivated me about Spain was how diverse the country is despite its small size. Galicia is a great example of this. Signs in Castellano and Gallego, old men sitting at bars near marinas eating pulpo, you can feel the connection to the sea and the history of trade that made Galicia what it is.

- As an artist, what is your relation with the sea and the surf scene? How did you feel that relationship in Galicia?

So, this is interesting. As an artist I've only recently begun exploring surfing and the sea. I've always identified more as a mountains and desert type of person than a beach type. In fact, filming this video with Adrian was the first time I ever took a surf board into the water. That being said, I see something really great about the sport. I love being outdoors, I find a lot of inspiration and personal growth from outdoor activities. At home I do a lot of hiking, mountain biking, snowboarding, and some camping. I think in Galicia I saw what I see in most communities that have groups of people sharing a common love of sport and nature. The people I met there live and breathe surfing. Most of them run surf camps and live in Galicia specifically to experience that lifestyle. Through my work I've been fortunate enough to see surfing through the eyes of surfers and it's something I hope to continue learning. In fact, shooting this inspired me to work on another surfing based video at home, in New York. A friend and I are working on a documentary right now that focuses on a beach community in New York City called Rockaway Beach. There is a big political clash right now going on between the local residents and the gentrifying surfers coming from wealthier neighborhoods in the city. It's interesting to see how the surf communities vary from place to place.

- How do you understand the surf culture? how did you perceive it in Galicia? We are concerned particularly with the sustainable side of the sport, and we'd like to know your point of view.

The surf culture is something that I'm just beginning to scratch the surface of and I only got a small glimpse of it in Galicia. I understand it in a limited way just having been connected with similar outdoor sports in my life. I used to skateboard when I was younger and I still snowboard. I think there are a lot of parallels between all of these sports and the types of people who participate. There's definitely a connection that comes from having a shared passion no matter the sport and I definitely saw that in Galicia. Most of the people I saw in the water seemed to know each other or at least acknowledge each other and share a mutual respect. In terms of sustainability I think surfing is in a unique position. I believe that the sea is one of the more fragile ecosystems on Earth and it's the metric that most rapidly and significantly responds to environmental changes. I think surfers see these changes and feel them in the waves and weather where they surf, this makes them more apt to adopt sustainable lifestyles and habits, especially when they make their living from the sea. In Galicia there were a number of successful surf camps which is great for disseminating this type of environmental information as it reaches the younger generation and shows them that in order to keep doing the things they love we all need to work on preserving it.